Released 2015 in a limited run. Sold out and no longer available.

The Pure GG (Gunmetal Grey) was introduced in 2015 as part of the line-up for a new Pure range that followed the Axis Pure L.E. watches from the previous year.

This watch referenced the design of the L.E. watches, but instead, presenting in a new and dramatic colourway.

The GG had a stainless steel brushed case, finished in a DLC coating that was a grey colour. In contrast to this, the dial coloured in military green with the old radium styled colouring on the applied indexes and hands.

The Pure GG was made to a low run edition of fifty pieces. It was partly due to the problematic nature of getting a British based company to provide the case DLC coated in the gunmetal grey colour. 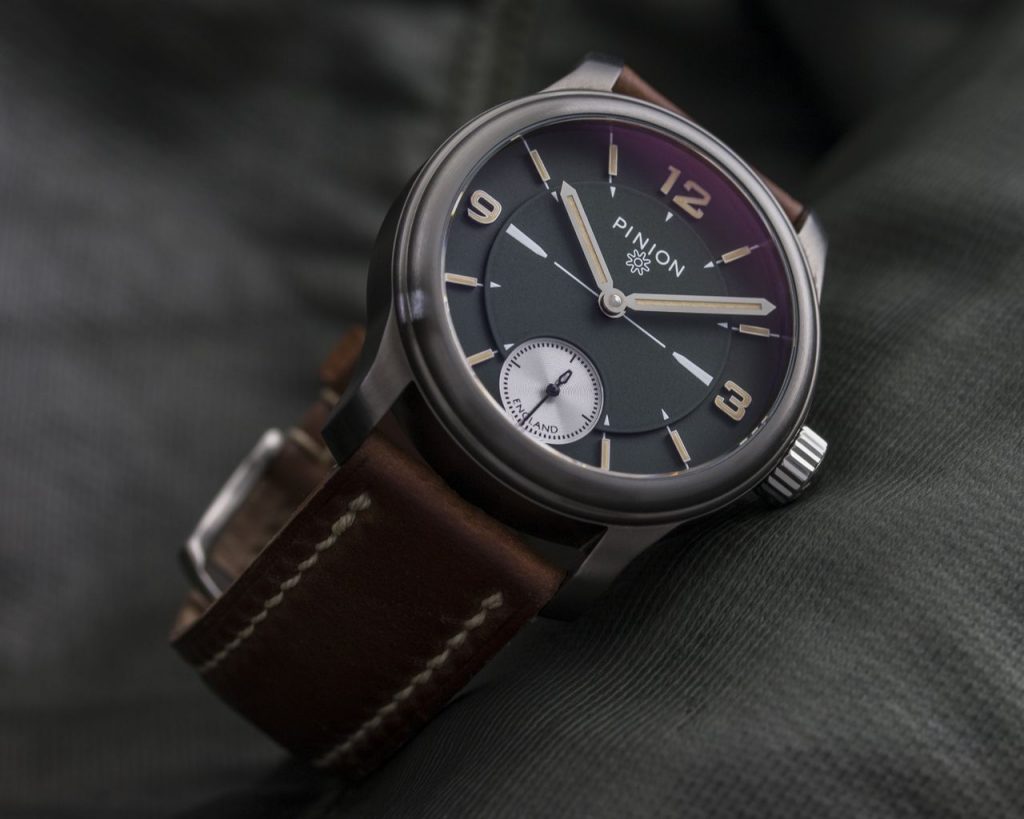